Welcome to “If I lay this fleece…”
Previous Post: Be steadfast
Next Post: Two makes strong; three unbreakable

So Gideon said to God, “If You will save Israel by my hand as You have said—loo, I shall put a fleece of wool on the threshing floor; if there is dew on the fleece only, and it is dry on all the ground, then I shall know that You will save Israel by my hand, as You have said.” And it was so. When he rose early the next morning and squeezed the fleece together, he wrung out a bowlful of water. Then Gideon said to God, “Do not be angry with me, but let me speak just once more: let me test, I pray, just once more with the fleece, let it now be dry only on the fleece, but on all the ground let there be dew.” And God did so that night. It was dry on the fleece only, but there was dew on all the ground.   Judges 6:36-40 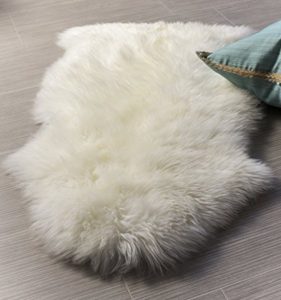 Judges 6:36-40 was preached the day I accepted the Lord as my savior. I had found a bible teaching church which was a wonderful and exciting time for me. But I had my doubts, and found I would be unclear as to the direction I should take at times.

The, with the sermon, I learned all about fleeces and finding God’s will by asking for signs….if this, then that. I sought most of my answers through signs. That is not the best way to seek God’s will for yourself and your path, particularly not as you are growing in your faith. But, I continued to ask often, and when did not get an answer was discourage.  Folks who knew me knew I depended strongly on answers to fleeces I sent forward to Him. I frequently would not move in a direction I was unsure of without a discerning sign. However, that was NOT the way God wanted to interact with me. He wanted a closer relationship.  Although I was reading the Bible (hmm, probably not the best word choice. I was SKIMMING the words, putting in time, chapters, and getting very little out of it.) It was about accomplishment, not study, not creating a relationship.

Oops! I certainly had never intended to test Him, but I also had not delved further into the studies to develop a RELATIONSHIP with him. I stopped sending up fleeces and began reading, studying and developing a relationship, learning to hear the ‘still and small voice.’

Now I no longer test God every moment. I will sometimes ask if He really is directing me a certain way. If I have an uneasy spirit, I know that is not God, but the liar who has tried to whisper quietly, trying to trick me into believing it was God’s voice.

I am so glad I learned of fleeces and now no longer need to test God to communicate. I am thankful that those fleeces introduced me to a deeper way than my childhood church, but am delighted to know Him well now. He and I walk and ‘chat’ with “mybellaviews.”