Matthew 8:8-13       The centurion answered and said, “Lord, I am not worthy that You should come under my roof.  But only speak a word, and my servant will be healed.  For I also am a man under authority, having soldiers under me.  And I say to this one, ‘Go,’ and he goes; and to another, ‘Come,’ and he comes; and to my servant, ‘Do this,’ and he does it.”

When Jesus heard it, He marveled, and said to those who followed, “Assuredly, I say to you, I have not found such great faith, not even in Israel!  And I say to you that many will come from east and west, and sit down with Abraham, Isaac, and Jacob in the kingdom of heave.  But the sons of the kingdom will be cast out into outer darkness.  There will be weeping and gnashing of teeth.”  Then Jesus said to the centurion, “Go your way; and as you have believed, so let it be done for you.” And his servant was healed that very hour.

Romans 3:23-25     for all have sinned and fall short of the glory of God, being justified freely by His grace through the redemption that is in Christ Jesus, whom God set forth as a propitiation by His blood, through faith, to demonstrate His righteousness, because in His forbearance God passed over the sins that were previously committed to demonstrate at the present time His righteousness, that He might be just and the justifier of the one who has faith in Jesus

Galatians 3:16     knowing that a man is not justified by the works of the law but by faith in Jesus Christ.

Faith.  It is fairly easy to explain, but more difficult to experience.  It is the hope and belief of things not yet seen, but believe and hope for in the future.  It is the belief there is SOMETHING nebulous, stronger and more enriching than what we have, what we see, what we experience, and know.

In a way, it is beyond us.   But if we have it, IF we believe in that which we do not see, we do not experience, we have faith.

For me faith developed overtime. I accepted Christ as my savior, but then what?  I didn’t totally understand how to grow the faith. I would attempt to read the bible, particularly the Old Testament, and in all honestly it was ‘blah, blah, blah, and some more blah, blah blah.’  WHAT??

What is this saying? What is pertinent? Do I care or understand what a Selah of flour is or a cubit, or all this gold and silver???  NO, I don’t.  I do not have the understanding, or the ability to recognize the importance….at THAT time.  And the genealogy?  One complicated name after another begetting another.  I felt frustrated with the reading.  I liked the New Testament.

However, over time, listening to different sermons, I was shown the connection from an Old Testament history, wording, promise and whatever, and how it was connected and followed through to the New Testament. Oh, now, I can read with more ease.  I could connect.  Oh boy, now it was getting good and exciting!  Over time, God revealed things, and other bible teachers helped open my eyes…Joyce Meyer. Joseph Prince, Charles and Andy Stanley, and I began to say ‘oh, noooow I’m getting it.’  There is still lots more to learn, but it is a growing process, as we mature as Christians, we understand more of the Word, the Living Word, unchangeable and written for all. 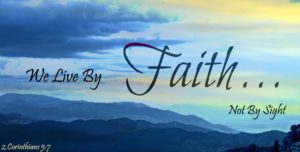 It became easier to understand things that were SO hidden to me prior to others teaching.  Now, with a stronger base, I can examine more on my own and my understanding increases each time I explore the bible.  And it has broadened my understanding.  I KNOW God loves me, I don’t always understand this,  ( as this is not the way of most humans.  We have a judging system, and do not like some others we come across. But God loves all His children, equally).  And I want that desperately.  I KNOW HE does.   Jesus, sinless, wonderful in-human form, yet God, JESUS willingly took my place of beating, scourging, crucifixion, death and RESURRECTION—and He did this for ME.!  Yes for YOU also, but for ME!!  WOW!

My savior, my SAVIOR died a brutal death on a cross for MY sins, and YOURS, and then 3 days later He rose to ascend into heaven to sit at the right hand of His Father, and HE LIVES.  He is ALIVE, ALIVE.

I KNOW this, no doubt, and I KNOW that He is with me and He will always want the best for me.  But it took time for my brain to come together with my heart.  I had doubts, questions, and uncertainties.  Certainly it could NOT be ME that Jesus took to be with Him.  I am pretty scummy, sinful, and yikes, ROTTEN, yes, ROTTEN.  Must be a mistake.

But I didn’t want it to be a mistake.  I wanted to belong to Jesus.  I wanted Him to really want me…ME?   Aww, did I even want me?

But slowly, with testing, and assurances, and reading and exploring and listening to teachers, I learned, ‘YEAH, He wants me.  He loves me.’

And Faith grew.  FAITH, that nebulous belief which is kind of hard to prove, but you KNOW.    And I KNOW, KNOW that Jesus LOVES me, He died for Me and (for you IF you CHOOSE to accept Him as YOUR savior and LORD…then you are saved.

Your eternity is in heaven. . . . I understand it’s glorious.  It sure beats fire, brimstone and agony.

I choose Jesus.  Faith, it seems a little nebulous and full of questions at first….  I did a lot of testing.   I accepted Jesus hearing the sermon on Judges 6:36-40. Gideon tested God, or at least his understanding of what God had asked of him with fleeces: “if this…then that.”  Gideon was fairly certain he had heard from God, but not quite positive, so he hesitantly and with trepidation tested God.

So I initially tested, at first with minor things.  “it’s pouring, can I have a parking spot right beside the store?. Please?”  And it was available.  I tested in simple, childlike ways and most of the tests were satisfied and quickly.

Then God said,”Enough.  I have more than proved I can, I will, and I am able. No more tests.  Stand on your faith.”

Aw-oh!  Big girl panties.  Did I have enough faith?  Yes.

I still listen to bible teachers at my church, on television, and I read the bible often.

Wow, Jesus died for me.  For ME!  Jesus lived on earth, He suffered (by His stripes we are healed), He was crucified and died on the cross, and was buried in a tomb, and on the third day HE ROSE AND HE ASCENDED into heaven.  HE LIVES!!

Our Savior is not dead, He is alive, and He cares, and He wants you . . .  and His offer is better than the Uncle Sam poster claiming he wants you … Jesus wants you to spend eternity with Him.  You will NEVER get a better offer than that.

Accept and start building your faith in the One who saves.

I am so glad it is the foundation of all ‘mybellaviews.’