Welcome to Which are you?
Previous Post: Gradually New Creatures in Him
Next Post: Treatment of Women

1 Corinthians 11: 11,12  Nevertheless, in the Lord woman is not independent of man, nor is man independent of woman.  For as a woman came from man, so also man is born of woman. But everything comes from God.

“Scripture describes the creation of woman with the word ‘made’.  God planned and supervised the ‘building’ of the woman with the intent that she would be a ‘helper comparable to the man.’  Unlike the animals, the woman was of the same nature as the man (Gen 2:23)  It is a term of function rather than worth. A woman does not lose value as a person by humbly assuming the role of helper.  The Women’s Study Bible 2006, Thomas Nelson Publisher, pg 825 within highlighted paragraphs entitled Wives called to be strong and Affirming.

There is a young woman I know slightly who is doing missionary work. She is doing her work with a group and she is stationed in a Muslim country. She writes monthly about how the trip and her work is changing her, and how touched she is to be doing this work. I received another email update today, and today, it was not her work and the people she works with she was talking about, today she talked about how men can intimidate and belittle women easily leaving them vulnerable and uncomfortable, even if not in direct danger.

While traveling, she had a layover in an airport, and chose to sit alone, not near any other passengers. I think we all tend to do that; leave at least a chair between yourself and another.  After a few minutes, a Muslim woman if full dress sat across from her, and there was one gentleman who started harassing her in a European dialect, and two others taunted her in Arabic. The woman bowed her head and looked very uncomfortable. The missionary woman I received this missive from stated how there was an older man who looked indignant and like he wanted to tell these young men t back, but did not.

The Muslim woman glanced up and caught the eye of the missionary who nodded, smiled and discreetly patted the empty seat beside her. After a moment, the Muslim woman rose and brought her belongings and joined the other.

It feels like since time began, women have frequently been at the mercy of catcalling, belittling, sometimes verbal as well as physical and emotional abuse from men, yet the bible often sings the praises of a good woman.  Wow, big deal, you are male (Please notice I did not say a MAN) so you feel you can abuse and laugh at a female.

So gentlemen, a couple of questions. What would be your response, or at least what would you LIKE your response to be, seeing this happen in a place where many travelers have gathered, and yet a single, lone woman can be taunted and intimidated?  Ok, and if it happened to be a woman you knew and loved, perhaps your mother or sister or some other relative?  How about if it were your spouse?  How do you feel seeing this behavior toward women, because for sure you have all seen it, as I don’t know many women who have not felt it, and perhaps have had to move elsewhere to escape the discomfort.   Would you intervene? Would you go over and tell the bullies to move on? Would you invite the young woman to sit with you until her flight was boarding? Would you try to bury your nose in your newspaper and tell yourself it is not your problem?

The missionary wrote the Muslim woman joined her and she said without saying a word it felt like they had bonded in a sisterhood. I can certainly understand that. There is a sisterhood just being a woman sometimes, because it does occur that women can be abused to a certain degree. Other women understand it because they have felt it to some degree, but I wonder how most of the other travelers felt or noticed.

But why is it so? Why does it still happen that there are males, (Please notice I am NOT saying MEN) who are bullies?  Oh, yay, look at you, you can pick on a lone woman and have her become uncomfortable!  Wahoo!

Just saying, real men do not treat women in that manner. Bullies do, but I don’t consider bullies men, and certainly I feel no respect. Yes, there have been times I have feared them, as I am also not stupid, but no, there is no respect for a bully.

I am thankful I have a lot of sisterhood in my life…nurses who have and are faced with the challenges of nursing; fellow Christian women sharing our testimonies, love and support to others in our churches and communities, friends supporting and helping during a period of crisis, other mothers and grandmothers helping our families in a myriad of ways, authors who are struggling to get the right words for their stories, and so on. We are female and we have seen and experienced things that sometimes just occur because we are women, and in the midst of a couple of bullies.

I have no idea why God allows this to happen to women. I know He has a high regard for us, and yet it is still common. Please know and understand it is not all or even the majority of men who think it amusing to intimidate women, but it is frequent. Disgustingly frequent. 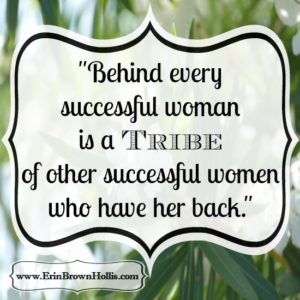 There is a lot of disrespect throughout the world right now. I pray that if I witnessed the same incident, I would have joined the woman, or motioned her to my side also. This was a good example of bonds women forge. Sometimes they are made stronger in a united fighting force, sometimes, by sharing a mutual loss, sometimes by experiencing the same abuse or degradation, or facing the same challenges such as being the sole caregiver or something.

My faith has strengthened me to support others in His name. I am thankful today I read this and now can share on “mybellaviews.”