Malachi 2:10   Have we not all one Father?  Has not one God created us?  Why do we deal treacherously with one another by profaning the covenant of the fathers?

Isaiah 40:26, 28   Lift up your eyes on high, and see who has created these things, who brings out their host by number; He calls them all by name, bu the greatest of His might and the strength of His power; not one is missing…have you not known? have you not heard?  The everlasting God, the Lord, the Creator of the ends of the earth, neither faints nor is weary, His understanding is unsearchable.

Over the years, the large world of ancient days has become more accessible to people.  The first couple left the garden and found themselves in a big world, strange and alone.   How overwhelming and frightening it must have been!  They were outside the garden walls and all the animals Adam had named were roaming out there. . . lions, and tigers, and. . .

God made the sky, the land, water, mountains, flowers, trees, and all the animals until He created Man, created him ‘in Our image’.  How vast and wonderful the world (the Garden) must have seemed with its lovely fruit trees, and all sorts of grains to eat.  Then Eve chose to entice Adam to also eat something forbidden, to disobey, thus they committed sin, and were separated from God.  Now they were alone.  More people were born and communities grew; and there was more space to explore and settle, but grievances, anger, jealousy, selfishness grew, leading to more and more sin.

Travel was slow even once the wheel was invented and carts could be attached to animal pulley systems.  As transportation advancements were made and people had more and more access to see other areas of the world, they were exposed to different cultures, false gods, and more decadence.  The world was beginning to feel smaller and more accessible, slightly less intimidating and differences could be explored.

My grandparents left their homeland in the 1920’s and believed they would never have the opportunity to return and see family and their country and countryside, and all that was familiar, including the family farms.  Travel was not as easy and accessible as nowadays.  They were on a stinky steamer ship for twenty five days.  They were leaving a poor country in the hopes of making a better life.  Sheep, cows and stone walls were plentiful in the land they were leaving, but the land and livestock belonged to wealthy land owners and they “rented” space by working for a few potatoes and caring for the animals.

Seeing the Statue of Liberty with her welcoming torch and symbol of freedom must have been overwhelming and touching for all the passengers who made the trip, whether sailing from Ireland or one of the many other countries.  The uncertainty, hope and trepidation must have been palpable.

As technology advances, travel improved.   Trains were invented, steaming across countrysides, giving faster and easier access to areas, and the world became even “smaller.”

Televisions and cameras were invented; keeping us better informed about what was happening in lands across the oceans from us.   Suddenly, animals, lands, foods we might never have an opportunity to experience are at least visually accessible.   How awesome!   Photographers spend hours in areas many cannot go to because of finances, time, and other reasons which might inhibit them.  Not everyone will have opportunity to travel to areas of Africa, South America, Asia, Europe, and so forth.  But television has opened our eyes and ears to more—animals not indigent to our area, deserts, mountains, history and cultures, science and technology discoveries; suddenly the world is far more attainable to us, to anyone who has the desire to explore a specific new interest. 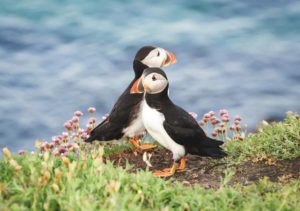 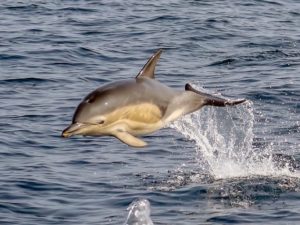 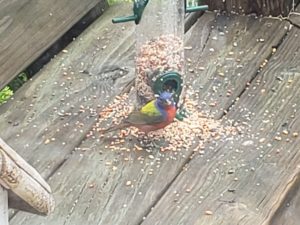 We can pull up a video to explore anything we want; a different country, marine life including coral, different fish and mammals that make their home in the ocean.  Maybe you want to learn about differences in elephants, or all the big cats of the world.  Now, almost as soon as you can think a question, you can find the answers, pictures all contained somewhere within a television show or movie, or on the computer.

What a blessing many of these changes are!  Before my husband and I married, we had a long distance relationship for a year.   We certainly wrote frequently, but if the missing to hear one another’s voice was too long, we could pick up the land-line and make a call and connect.    During this time, I thought often of my parents who also had a long distance relationship in the early 1950’s their sole contact was through letters, and snail mail flowed even slower at that time.  I always felt so blessed I could reach out and talk with my spouse when those periods of aloneness grabbed me.  I am so glad things have again advanced from the 1950’s.  And during the 1920’s, how achingly difficult it must have been waiting a few weeks for letter turn around!  There were no telephones then, no ability to satisfy the need to hear a loved one’s voice.

So we are blessed to have so much information and technology at our fingertips. It seems the world is smaller, although God has not changed the dimensions He made it.   I love the ease of finding out information in a moment.  I have a thought or question and I can key it into my computer or phone and read on.

Certainly there is misinformation available also.  The always true information is within the Bible.  Years ago, it was more difficult to have a few bibles, and certainly not many different translations.  Today, we have access to KJV, NKJV, CIV, ESV, Holman and others which I really like.  I own several and have my two favorites, but I frequently check one and see if another’s version has a clearer recitation of the verse.   I like to check verses, see the differences in word variation and if I can grasp more from one than another.  The fact I have options is great.

But our ancestors had less choices than we can access; money was tighter, there was one family bible, there didn’t seem to be a need for more as it was read from each evening after dinner and before bed.

I am so relieved the world has “become smaller” because of all the advancements made in travel.  Prior to 2020’s worldwide issues, one could travel fairly easily throughout the world, and with that ability go on safari in Africa, experience the Taj Mahal, see the glorious Alps and so much more.  Each area has its own uniqueness, beauty and culture, special foods and so on.

I am so grateful for all the chances God has placed in my path to experience what many others have not had.  Our God is so wonderful and He creates opportunities for each of us to choose, or not choose.  Thank You, God, for all the opportunities throughout my life and ‘mybellaviews.’