Welcome to Military and POWs
Previous Post: I am Not in Charge
Next Post: Stress to Rest

1 Corinthians 16:9   because a great door of opportunity has opened to me, there are many adversaries.

John 15:13   Greater love has no one than this, that he lay down his life for one’s friends.

I have a calendar on my desk sent by Wounded Warrior Project, and I flipped the page to change the month and saw many military recognition days in September.  On the 11th, besides being a sobering day of remembrance for 9-11, 2001, it is also Patriot Day. (Not to be confused with the roving Massachusetts April holiday of Patriots Day, best known for the Revolutionary War between some farmers and the British, and the marathon in Boston area.)

On September 17, it is Constitution Day and on the 18th USAF birthday, celebrating 72 years on this date, as official birth date is Sept 18, 1947.  And lastly in September, is the 20th, which is POW/MIA Recognition Day. 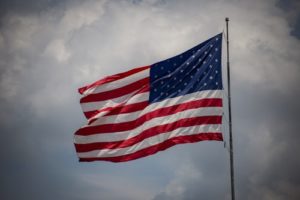 I so appreciate  our military and all they and their families give so I can enjoy all the freedoms I have.  War is awful and violent.  There is such primal pain associated with it to me.  But I hate to think of those service personnel who are captured and kept separated from family, many other service persons, and are often so mistreated by their captors.  The 2005 CRS report list identified we had 10 POWs held in Iraq, with nine returned, and still 1 missing.  I did find documentation that is still tracking the missing military since World War II, and there are about 80,000 in that war, but each of the wars since then, Korean, cold War, Vietnam all show many.  The numbers have decreased with each conflict, but they are there, and always a possibility.

How horrific that must be for the prisoner as well as the family.  It is painful enough to lose a family member to death, but then you know. The wondering, the fear for them, the unknown is now known.  At least you have an answer and can lay the person to rest.  The unknown whereabouts of a loved one is somehow worse to me.  I always have more issues of hurt and worry for those whose whereabouts and state is unknown.  We owe our military many thanks and prayers for their safety.

When I saw the number of military dates, I wanted to write a thank you.  You are so appreciated by me.  Thank you for all you did/do for our country and our military.

God bless each and every one of you